In summary: Framing is not about what is said, but how it is said.

In summary: Overlooking faults to justify a purchase

As fallible human beings, all of us share the impulse to justify ourselves and avoid taking responsibility for any actions that may turn out to be harmful, immoral, or stupid. Most of us will never be in a position to make decisions affecting the lives and deaths of millions of people, but whether the consequences of our mistakes are trivial or tragic, on a small scale or a national canvas, most of us find it difficult, if not impossible, to say, “I was wrong; I made a terrible mistake.” The higher the stakes — emotional, financial, moral — the greater the difficult.

In summary: Judging situations based on recall rather than fact

Subjects were split into two groups and asked to listen to a tape recorded list of 39 names.

Kahneman and Tversky concluded that ease of recall led people to miscalculate the frequency of a scenario.

In summary: People hate losing more than they like wining

Neuroscientists Benedetto De Martino, Colin F. Camerer and Ralph Adolphs conducted an experiment in 2010 to understand why we feel this way.

In the task, subjects were asked whether or not they were willing to accept a variety of monetary gambles, each with a different gain or loss. There were two groups of participants, the first group had damaged amygdala (a part of the brain) and the other group’s participants didn’t.

They were also asked if they’d take a 50/50 gamble on winning $20 or losing $15 — a risk most would again reject, “even though the net expected outcome is positive,” Adolphs says.

The study found that the amygdala-damaged participants took risky gambles much more often than subjects who had no amygdala damage. In fact, the first group showed no aversion to monetary loss whatsoever, in sharp contrast to the control subjects. 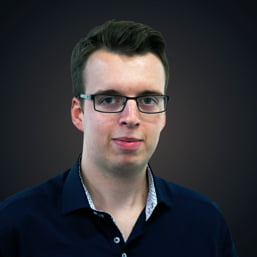